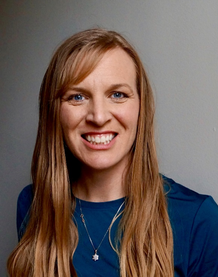 Jenn Menn is a foster and adoptive mom. She and her husband TJ began foster parenting in 2008 out of a desire to live out the Kingdom of God and have since welcomed 30-something children. Jenn is also the author of a biblical counseling workbook entitled "Help Me Help My Child" and the co-author of "Faith to Foster." She studied child welfare policy at Harvard and
currently works as a home study writer for kinship and foster homes. She resides near Nashville, Tennessee with a bustling household of kids ages 16 year old girl, two 9 year old boys, and two 2 year old girls. Find her on social media @faithtofosterfamilies

Debra Parker is a writer, justice warrior, and leader of wild hearts. She is currently working on her debut memoir. She founded and led a freedom movement among young women called Wildfire Collective, which hosted a podcast that has a listener audience in multiple countries. Debra is an adoptee and adoptive mom who has also been named one of The Congressional Coalition on Adoption Institute's (CCAI) Angels in Adoption®.

Debra has been featured on several news outlets and publications including, The Houston Chronicle, BBC, The Happy Hour with Jamie Ivey, and The Free One. Debra attended Bible College in Springfield, Missouri, with a concentration in Missions. She lives in Houston, Texas. You can find her on social media @debraparker on Insta and Twitter. Her website is debraparker.net and Wildfirecollective.tv
Powered by